Hidden in the depths of the Underworld, yet in plain sight; S.H.I.E.L.D's surviving Major Target lingers, even after the assassination of her bloodline. Having moved to the free world of America, the She-Wolf has come to play.

Slim, Beautiful, Blonde. Three words to describe the Princess of the Volkov clan. Her soft feminine features, slim build and large doe eyes entrap those who she sets her sights on.

Aleksandra Volkov is known for her shimmering silver eyes framed in dark thick and long eyelashes which contrast against her porcelain skin. Her eyes stand out even more with her long white blonde hair which frames her face to make her appear even softer. She has thick full lips with a rosy hue, and high cheekbones with rosy cheeks.

Aleksandra is slim in build but is incredibly muscular with her training, however she was also kept to seem soft and less threatening. She has a wide wardrobe with many garments but she is seen in fitting clothing more often.

Aleksandra Volkov is a shrewd woman with a strong sense of justice, however her form of justice is more in the direction of Eye for an Eye. To her family, she was warm, friendly and all around loving. She is incredibly protective of those she calls family, and even her close friends.

However, to the outside, Aleksandra is known as "Volchitsa" or the English equivilant, "She-Wolf" that being she is cold, calculating and vicious. She has a sense of pride that does not enable her to crumble. Aleksandra would rather gamble her way out than to sit silent and cop anything.

Aleksandra's mutation is something that can be seen as rewarding, and a curse. Prior to the mutation she was an intelligent female who loved to gamble - as a mutant, those loves have enhanced tenfold due to her absorption of her very first essence; Mischa Volkov. After a traumatic death that left her in pieces.

This mutation allows Aleksandra to take over the powers and appearances of particular creatures she really "knows". She can turn into any living things (E.X: Plants, Animals, Bacteria, Humans, etc.), possibly including living machines. However, morally Alekandra would only obtain the 'soul' from a dying being this being as she doesn't see the necessity to take a life for it to be abused whilst deceased.

Limitations of this ability include:

Aleksandra is glaringly, obviously and unnaturally more intelligent than other beings in Earth-919 because her mental capabilities and applications are pushed beyond the natural level; making her immensely smarter than regular beings.

She can demonstrate a mind-boggling level of perceptiveness and efficiency in her respective fields, multiplying virtually impossible feats with ridiculous ease. Her unbelievable level of competence truly puts her in an unreachable category of her own, that simply eludes others' understanding.

Adomopathy; As a sub-ability of her intelligence, Aleksandra has a highly progressive photographic memory can enables her the ability to copy any movements/actions after seeing it performed once, including acrobatics, martial arts, and other physical stunts. With these skills, she can become masters and incredible at what she does, by combining what several forms and movements in rhythmic motions instead of using the same thing over.

Aleksandra can copy how a person aims, giving herself incredible marksmanship; however, if she wanted to use certain weapons, she would have to watch a person fire that weapon in order to be able to copy it (such as how to fire a rifle, as opposed to how to fire a bow, or how to throw knives or darts). Downside for Aleksandra, she cannot mimic superpowers; she is limited to what the body could already achieve.

If gambling for something that is considered a high stake then you also have to put up a high stake. The more you stand to gain the more you will also stand to lose. Aleksandra is the kind of woman who will wager with and for anything, not excluding Years of Life, Power, Love, Youth, Obedience etc.

Absolute Contract; As a condition when she places a bet, Aleksandra can create and enforce any type of contract/pact with absolutely anything, even with herself; dictating every condition therein, including qualifiers in the event one-or-more of the parties would - or even could - somehow break the contract/pact.

The conditions imposed by the contact/pact are absolute; and will always, inevitably, come to pass, no matter the conditions so dictated. The contract/pact cannot be negated, nullified or undone by any exterior force or being, save by the user.

Limitations of this include, Aleksandra is subject to the conditions she imposes. The intended target has to be willing to accept the conditions in order for it to be a true contract.

Wish ; Aleksandra has the ability to grant any wishes of others or oneself without any limitations: no resource needed, no condition required, no limited number, no delays for use/reuse, and no exception whatsoever on the basis that a contract has been created.

She can grant very vague or even inconceivable/impossible wishes that will always come true no matter what, as the power will automatically make up for Aleksandra's personal limitations when granting them.

Like with a Genie, inaccurate wording may have fallbacks to the granted wish.

'Game Intuition'; Aleksandra has immense knowledge about games, with keen eye for details, strategic mind, unbendable determination and confidence. She also possess high intellect and great minds for strategies in little time. As with her ability,she generally doesn't need to cheat, but certainly knows how to, and how to spot another cheat easily.

Moreover, Aleksandra is able to convince people to do what she wants in games by using psychological tricks. Aleksandra knows the odds, can read the other players' intentions and resources, and know the best strategies to win any game.

Tactical Genius ; Aleksandra has a genius level of strategy and tactics, able to see through all angles/information/patterns/perceptions of any subject, conflict, condition, environment, etc. This gives her the ability to come up with plans/actions that will guarantee victory and make the wisest/optimal strategic and tactical decisions for the short and long term. She can consider all effects and outcomes, anticipate all obstacles, seize all opportunities, adjust effectively to any situation, manipulate all circumstances to their optimal benefits, and making the most out of anything around him to achieve their goals. 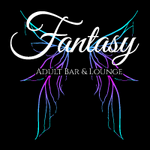 Little is known of Volchitsa, in her early years she was anything she was asked to be; but her title was Princess of Volkov. Nowadays she owns a club, Fantasy; Adult Bar & Lounge. This bar is set in the heart of Hell's Kitchen, Manhattan and is quite popular; featuring many skilled dancers, bartenders and high quality food.

Born in a time where she was to rule the Underworld alongside her older brother, Aleksandra comes from a line of influential darkworld families with deep ties with the Russian Mafia. She was the Princess of the Volkov family, their negotiator, infiltrator, assassin - Anything they needed to be.

She was trained in the Red Room under the instruction of her father and older brother. Aleksandra was put through strenuous daily training, including hand to hand combat training, acrobatics, weapons training and tactical skills - she was often chosen for violently sparring against other girls; weakness is not tolerated and the loser is killed by their opponent. Aleksandra, prior to her graduation had a long list of deaths by her hand.

Her training also included intense ballet dance lessons, where her instructor ordered her to repeat the routine over and over again, so she can become "unbreakable". Many times, when the girls were trained in the use of firearms, they get to have actual people as shooting targets for practice.

For Aleksandra, on her father's orders she was not to be sterilised but to complete the medical procedures on the other girls. Her intelligence was something that enabled this, not only that but her family ties in the Red Room enabled this as well.

Upon her Graduation, Aleksandra had already obtained the name "Volchitsa" or "She-Wolf" due to her viciousness, accuracy and effectiveness.

On her eighteenth birthday, a night she would never forget. An agency, S.H.I.E.L.D had targeted her family due to the looming danger they brought to the public. The Volkov's had hired the largest ballroom they could find, The Crystal Ballroom, to celebrate the coming of age birthday for their Printsessa. On the stroke of midnight, Aleksandra was escorted from the ballroom by her older brother Mischa; who had an inkling that something was amiss. The two heirs to the Volkov fortune hurried from the ballroom, only to hear the scattering shots of gunfire.

It took S.H.I.E.L.D operatives to find the pair entering their helicopter only minutes after the gunfire. One of the man pulled a bazooka out and aimed, Aleksandra didn't process in enough time what was happening but her older brother Mischa had. He pushed Aleksandra from the helicopter just as the Bazooka was released. Before her very eyes, she watched her brother being blown up with their helicopter. She watched him say 'I Love you' just before it collided with him. This moment haunts Aleksandra to this very day.

The explosion of the helicopter was not the only explosion that occurred, due to her closeness with the explosion the essence of her older brother slammed into her; the explosion itself mutating the cells in her body though as her first essence and her mourning, what she took was an enhancement to her own knowledge.

The following events, Aleksandra has very little recollection of; she recalls screaming in her loss. As agents approached her, the training she had received was acting on its own. Come dawn over thirty S.H.I.E.L.D Operatives lay in a pile around her, blood splatters on her ballgown.

Aleksandra hid in the Underground following her birthday, her appearances became far and few in-between however she vows to seek revenge on her family's death.

fun facts about these characters, and best quotes that they have

© tia 2019 | All content on our pages is original, and any similarities are purely coincidental.

Community content is available under CC-BY-SA unless otherwise noted.
Advertisement